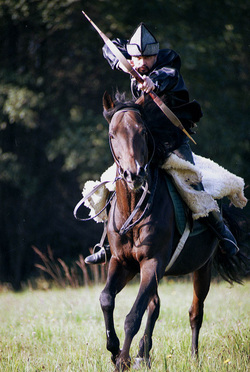 This page is dedicated to the craftsmen who create the products you'll find on this website. Merging form and function, these artists bring us practical items from a time and tradition distant from our own. Enjoy exploring their crafts and learning their history.

As a young boy, when asked what he would like to become when he grew up, Istvan would answer, "I will be an Indian." The Indian culture fascinated him and as he grew up he discovered the similar nomadic culture of his own ancestors in Hungary. The horse tribes known as the Huns and/or Magyars were notorious for their skills as archers and dedicated warriors.

When Istvan got older, late teens to early twenties, he began to learn dressage. Dressage is a technique used by equestrians to control their horse by leg and hip movement and center of balance.

He becomes well versed and begins to compete in the sport. As Istvan gets into his thirties he moves to the country, still interested in archery and the nomadic lifestyle begins to build bows. His first is an English longbow. Soon he learns of a Hungarian man by the name of Lajos Kassai, a master of horseback archery. Being a horseman himself, Istvan becomes very excited about the sport and begins making his first horsebow. It breaks. Though, with time he perfects the craft and starts producing much sought after bows.

Istvan has been building horsebows for over 20 years now and though most horse bowyers focus primarily on archery, Istvan still considers himself a horseman first and an archer second. He lives in small town on the Hungarian/Slovenian border called Kercaszomor.

We had the great fortune to work with Istvan during his visit  to Tacoma, WA in the winter  of 2015.  Here are some photos of us working in our Tacoma Showroom/workshop: 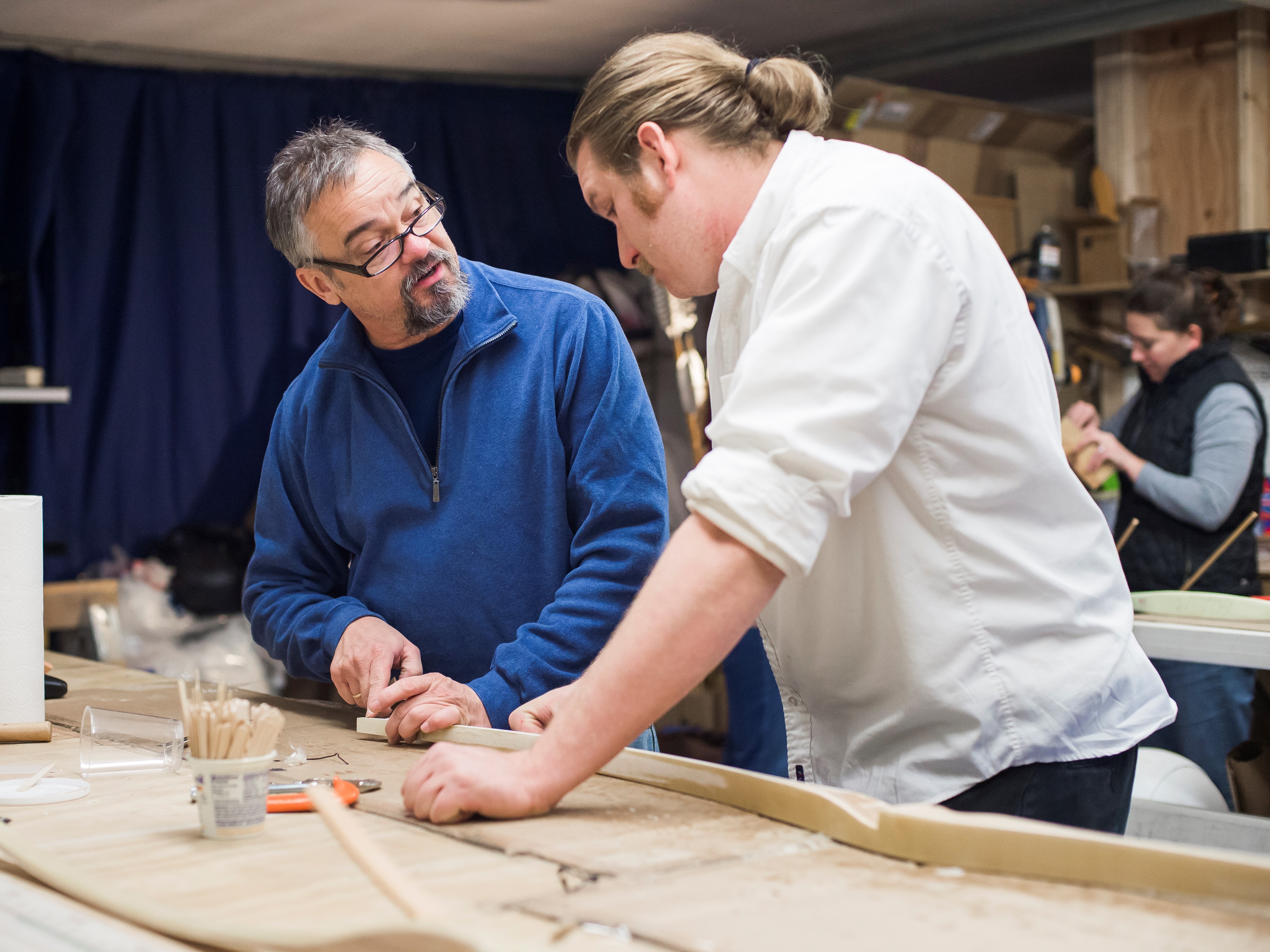 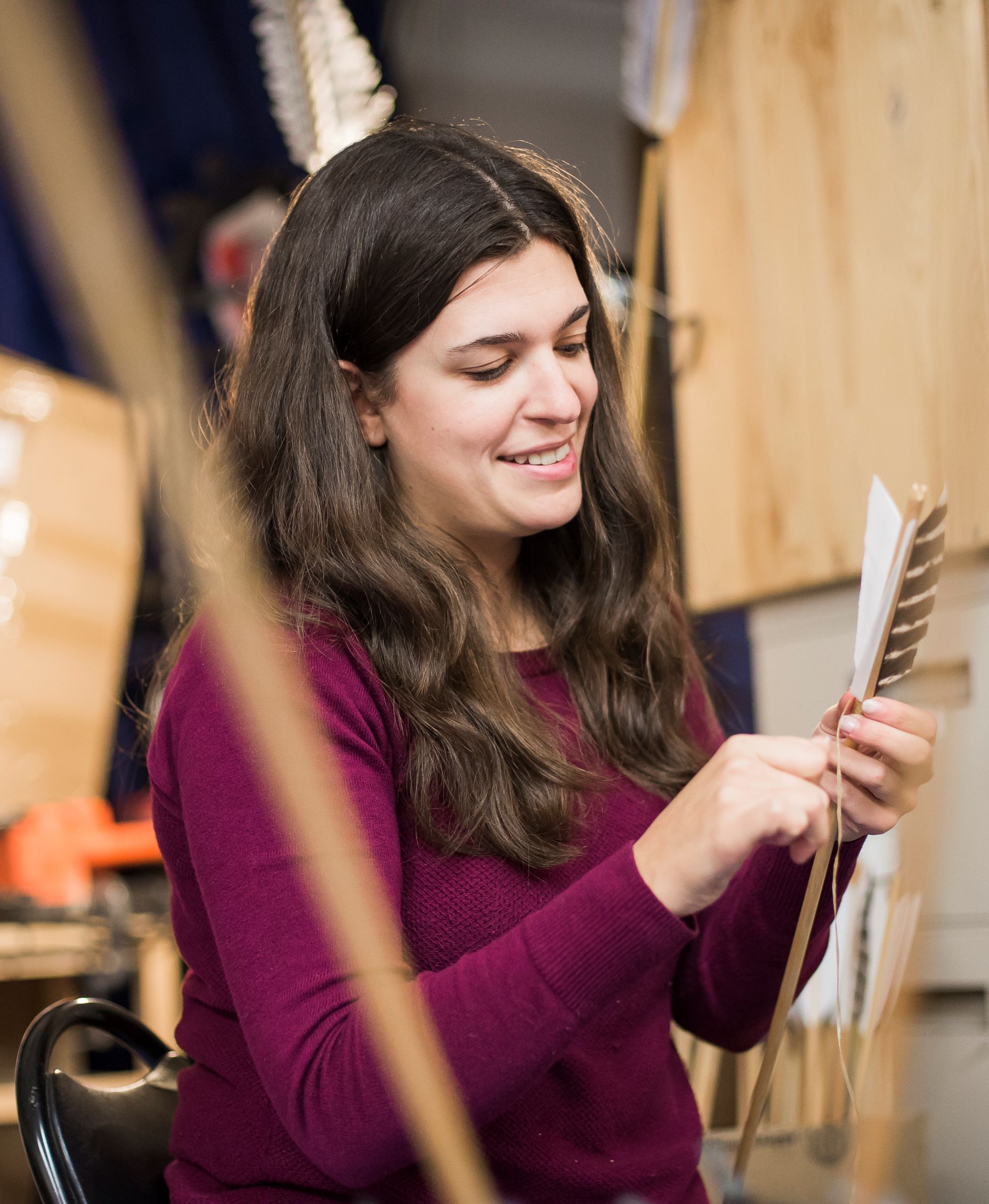 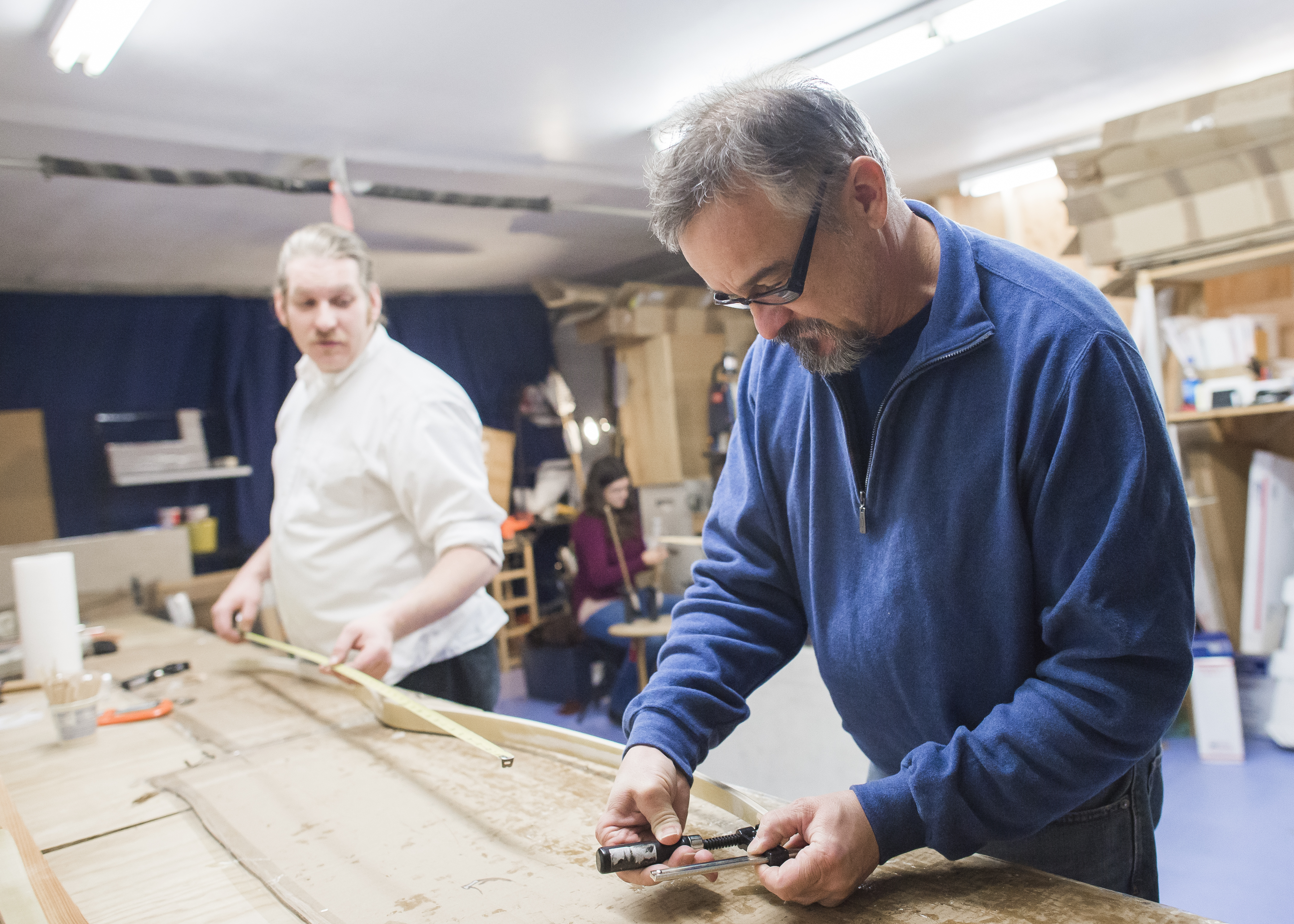